Blog for Jobs
Wednesday, September 29, 2010
New site for baltimore jobs added to city network AllCountyJobs.com, a local network of job boards on the east coast has announced the launch of its third city-specific job board, baltimorejobs.net.

Baltimore's job market is on the rise and the city's unemployed are finding work more easily. Th new job board is only 1 of a handful of sites that baltimore job seekers can use. As of today it had several thousand listings in the great baltimore area.  ¶ 2:23 PM 0 Comments

Monday, September 13, 2010
audio jobs for the masses We'd like to announce a new job site for Audio Engineers, Sound Mixers and all sorts of audio jobs. 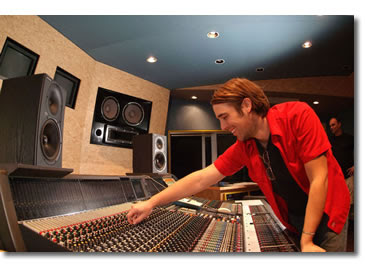 AudioJobs.com is a nationwide database of these types of unique careers.

Audio Engineers typically earn salaries of $50-$150k per year. Wikipedia defines the profession as: "Audio engineering is a part of audio science dealing with the recording and reproduction of sound through mechanical and electronic means. The field draws on many disciplines, including electrical engineering, acoustics, psychoacoustics, and music. Unlike acoustical engineering, audio engineering does not deal with noise control or acoustical design. An audio engineer is closer to the creative and technical aspects of audio rather than formal engineering. An audio engineer must be proficient with different types of recording media, such as analog tape, digital multitrack recorders and workstations, and computer knowledge. With the advent of the digital age, it is becoming more and more important for the audio engineer to be versed in the understanding of software and hardware integration from synchronization to analog to digital transfers."

There's even a professional association for audio pros called the Audio Engineering Society.

Job seekers are blogging for jobs. Yep, thats right. Creative and talented candidates are writing their own blogs in an effort to stand out and get noticed. It's a new job hunting technique for the 21st century. This is a showcase for those who blog for jobs. And we'll also tell you about new job boards on the scene.